Three Words invites artists from all over the world to use the power of words to remix and reimagine the sounds of the world.

Click on any location on the map to hear two sounds – the first is an original field recording from that place, and the second is a reimagined interpretation. Hit “info” on the reimagined sound to read about the words that inspired the piece.

The three words referenced in each location come from the word-based global mapping platform what3words.

what3words is a unique mapping and location system whereby every 3m square in the world is assigned a unique three-word address – which means any location on the planet can be found using a three-letter identifier.

This project invites artists to use these three word identifiers as artistic inspiration, using them as a set of “found instructions” to remix and reimagine a field recording from any given location – like location-based Oblique Strategies cards.

Download a collection of highlights from the project for free or on a pay-what-you-like basis – the album also includes the original field recordings on which each piece was based:

The project features reimagined pieces by the following artists: 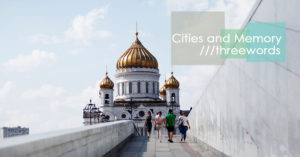