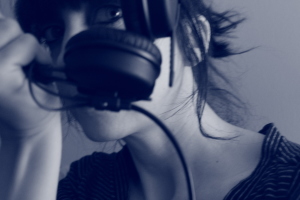 La Cosa Preziosa (Susanna Caprara) Sound artist, field recordist and sound editor originally from the south of Italy and based in Dublin, Ireland. The pseudonym La Cosa Preziosa (‘the precious thing’) refers to the fragility of the natural sounds that regularly feature in her soundscapes. These have been performed both nationally and internationally, in solo and group shows. Committed to sound education in all its forms, Susanna regularly lectures and presents interactive workshops in Ireland and abroad (most recently for Trinity College Dublin’s Music Composition Centre and Temple Bar Gallery + Studios).