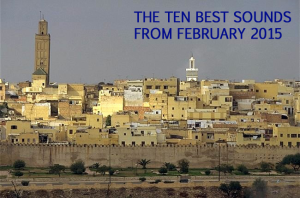 February might be a short month, but for us it’s been packed with sounds as diverse as an exploding building, a call to prayer, the mighty bells of St. Mark’s Square and the sounds of nature from the Cradle of Humankind. Here’s our pick of the ten top sounds of the month to explore and enjoy, from as far afield as Russia, South Africa and Morocco…

(recording by Gavin Prior, memory version by Alex Hehir)

5. Dallas, Texas, USA: What an imploding building sounds like

7. Venice, Italy: Dreaming of the light at Palazzo Grassi

(recording by Cities and Memory, memory version by Heiko Jay)

9. Pawtucket, Rhode Island, USA: An evening with the crickets of Pawtucket

10. Nirox Farm, South Africa: Sounds from the Cradle of Humankind