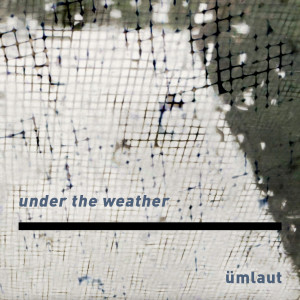 We’re off to New York for today’s World Listening Day sound, courtesy of Jeff Dungfelder, who recorded a 6am rainstorm in the city, and applied Oblique Strategy cards to inspire his reimagined sound.

“The inspiration for the recording came while being awoken from a dream state to the rhythmic sounds of the rain hitting the window and air conditioner.”

“Half asleep, I was reimagining the sound as music with accompanying visuals. When I awoke, I immediately went to the window with my iPhone and started recording the rain, and afterwards shot the video through the window.”

“Since the visuals were so strong in my mind, I created the film first in Final Cut Pro X, without any sound but the rain, and took that video into Logic Pro X where I created the music, based on the imagery and raindrop recording.”

“The results ended up with a piece of music, and a short film, all originating from the rhythmic sounds of rain coming into my dream state.”

“As usual, while working I use my deck of Oblique Strategies card for inspiration. Here are the 3 cards that changed things. Particularly important was “accept advice” card. After completing my first version of the track, my wife suggested deleting several layers of rhythmic sounds (which the 3rd card confirmed). The cards and my wife were right.”

Under The Weather from Jeff Dungfelder on Vimeo.

listen to ‘Under the Weather (rain in NYC)’ on audioBoom