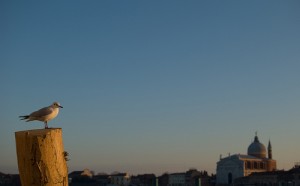 An attempt to answer some of the questions we’re asked most often… if your question’s not answered here, please just get in touch!

Q. What is Cities and Memory?

Cities and Memory is a global field recording & sound art work that presents both the present reality of a place, but also its imagined, alternative counterpart – remixing the world, one sound at at time.

Every faithful field recording document on the sound map is accompanied by a reworking, a processing or an interpretation that imagines that place and time as somewhere else, somewhere new.

The listener can choose to explore locations through their actual sounds, to explore reimagined interpretations of what those places could be – or to flip between the two different sound worlds at leisure.

Q. How many sounds are on the site?

There are currently well over 400 sounds on the site, covering more than 25 countries around the world – these have been provided by almost 100 contributors.

Q. How can I get involved?

We’d love to have any contributions! Please see the submit your sounds page for how to send them in. We can accept files by Wetransfer, Google Drive, Dropbox or any other service along those lines. Please don’t email us WAV files directly(!). You can also submit sounds directly via our Audioboom channel.

Q. How long does my recording have to be?

The only time limit at present is that clips are limited to 20 minutes each – this is due to limitations of what can be uploaded via Audioboom. We think this is long enough to give you enough scope to play with for both field recording and remix.

Q. Is there a deadline – is this a project that’s ending soon?

No – Cities & Memory is an ongoing programme of sounds, so there’s no deadline for submissions.

Q. I don’t have expensive microphones and recording equipment! Can I still take part?

Yes! Several of the sounds on the site already were recorded by simple mobile phone recording apps, which can produce surprisingly good quality recordings in the right conditions. Photographers often say that the best camera is the one you have on you at the time – it’s the same for field recording. Better to get the sound in any form than not at all!

Q. Are there any rules about what I can do with the sound for the reimagined ‘memory’ version?

Q. You’ve already got a recording from where I was – can I still contribute?

Of course! The more comprehensive a sound map of an area, the better! And places change over time, so sounds recorded in the exact same place at different times are very valuable too.

Q. What else do you need?

Q. I’ve done recording before, that’s simple. But how do I go about remixing a sound?

There are many approaches you can take, the most basic being simply to edit, filter and add effects to the existing sound, then save it! You can be as simple or as complex as you like – you could even take the original sound and add some of your own music to it, without editing the sound at all. There’s a list of simple and free tools for editing sounds over here. See also this article to hear some of the ways artists have reimagined sounds for us already.

Q. I’d like to contribute a recording from where I am/where I’ve been, but I don’t feel I can submit a remixed version too. Can I still take part?

Yes. While it’s great for contributors to submit two sounds wherever possible, we can take on a limited amount of recordings and do the reimagined version ourselves, so please do submit them. However, we currently have a queue of dozens of sounds waiting to be remixed, so if you do submit a field recording on its own, it might be a while before we can get to reimagining it.

Q. I’d like to reimagine some sounds, but I don’t have any field recordings. Can I help?

Yes – drop us a line, and we can send over a selection of field recordings from our bank of recordings for you to reinterpret.

They’ve come from as far afield as the USA, the Arctic Circle, India, South Africa – all over the world! There’s a full list of contributors over here.

Q. Who produced/created all the sounds on the site?

Unless otherwise stated, all field recordings and memory versions were created and composed by Cities and Memory – every field recording and reimagined sound contributed by someone external is clearly and individually credited. You can find a full list of contributors here.

Q. What’s the copyright on the sounds?

Want to know more or get involved? Drop me a line!