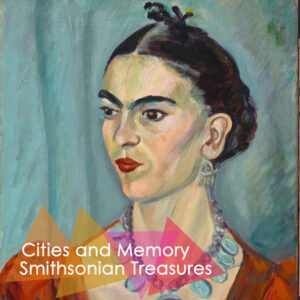 We’re super-proud to unveil our latest project, which we’ve been working on since way before the world turned itself upside-down… we really hope you enjoy it!

Smithsonian Treasures is an online sound exhibition inspired by the works of the most famous museum network in the world.

Artists all over the world took inspiration from paintings, photographs, scientific specimens, works of literature and even war machines from museum as diverse as the Hirshhorn, the National Museum of African American History and Culture and the National Air and Space Museum.

The result is a beautiful, diverse exhibition of fascinating sound works from all over the world, which you can explore here: www.citiesandmemory.com/smithsonian

There are some incredible sound pieces in the project – here are just a few examples:

Selected highlights from the project are also available on a free album, released at the same time as the project: