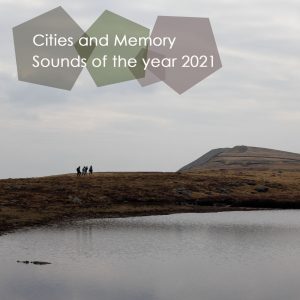 It’s that time of year again! We’re proud to present our compilation of some of the best reimagined compositions and field recordings of the year – Sounds of the Year 2021 is here.

You can download the album for free or on a pay-whatever-you-like basis now, and this year’s edition features some incredible pieces, including:

– A sludgy, doomcore guitar-led reinterpretation of waves breaking on a beach

The album is a fantastic introduction to what Cities and Memory is all about, and a great summary of our year in sound!

As an extra bonus, all of the original field recordings upon which the compositions are based are included as bonus tracks, so you can explore the sounds of the world alongside the fantastic sound creations from the project.