I’ve been collecting field recordings on and off for about ten years now, and doing it in a much more systematic and intensive way over the last year since Cities and Memory launched, and I was reflecting on which locations, over the past year, have given me the most pleasure when looking for great field recordings.

This isn’t me saying ‘these are the best five places on Earth’ by any means – but five places that, for different reasons, surrender fascinating or beautiful sounds on every visit.

I’d love to hear from you about what YOUR top field recording locations are and why, so please leave a comment! 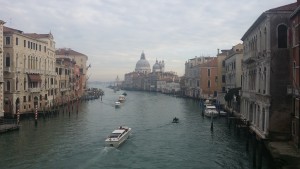 A unique city in every respect – for all that’s been written about the incredible visual beauty of Venice, it’s also out on its own as a field recording location. Just to start off with, how many major cities can you name with absolutely zero traffic noise from cars, trucks, vans, bikes etc.? That’s right – none. Combine that with the narrow calle, the bustling piazzas, the boat traffic out on the canals and the contrast between crazy tourist hotspot and tranquil idyll (though the latter is increasingly hard to track down) and you have one of those field recording locations that’s instantly arresting, but that also keeps rewarding you with new angles on an extraordinary city every time you record there. It’s not for nothing that Venice is the spiritual home of Cities and Memory.

listen to ‘The sound of the Grand Canal, Venice’ on audioBoom

London can be a spectacularly diverse place for field recording – there’s not much you can’t capture in this vast city, but a special mention goes to Brixton, which leaps out at you as sonically fascinating from the second you exit the Underground station. So many cultures and communities come together in a small area, and in the markets and shops close to the centre of Brixton, you can hear so many languages and so many different activities that it really feels like a field recording Mecca as far as the UK goes. 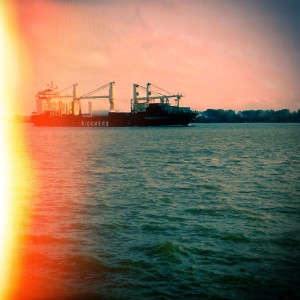 This is a place unique to Hamburg, and seemingly designed with field recordists in mind! For more than sixty years, this point on the entry/exit to Hamburg’s mighty harbour has been individually greeting and waving off every ship with a personalised message, with the help of a system of 17,000 index cards. The tannoy blares out a greeting message and signature tune, followed by the national anthem of whichever ship is passing. Even on a weekday afternoon, there’s a small crowd of people who just sit and listen as mighty ships cruise past, blasting their horns in appreciation at their musical welcome to the city. As a field recordist, you feel like you could stay there all day.

There are sleepy towns like this all over the Alpine region, but this is the town I spent the most time in. It’s pretty typical – a small town built around an Alpine lake, sitting in a steep valley between peaks. But what these places offer is a stillness and a clarity to their sounds that you don’t get anywhere else. Every sound that’s even vaguely loud has this slight, shimmering reverb to it caused by the mountains, and the air is so still it seems to freeze time – so the location gives all of its sounds a set of really interesting acoustic properties, so three cheers for mountain villages in general.

I could have picked one of several muse 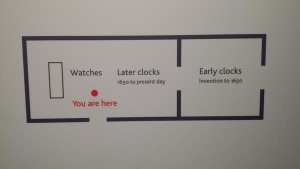 ums out as contenders here, but I’ve gone for the British Museum. Vast, bustling, located in a stunning building (the main atrium of which is somewhere between an acoustic wonderland when it’s quiet and the Tower of Babel at busy times), there’s so much going on here. Museums offer an audible bustle and buzz that’s absent from most galleries for obvious reasons, from fascinating snippets of overheard conversation to exhibits with audio elements to tour guides, it’s all here. This recording of the clocks room at midday, with dozens of clocks chiming at the same time, is one of my all-time (excuse the pun) favourites.