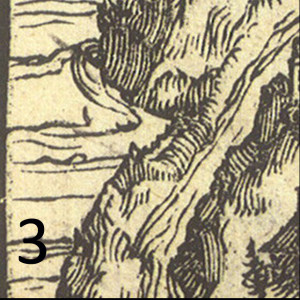 Wandering further into Utopia on day three of our exploration, we encounter two sound artists from the UK who have tackled the beautiful, bucolic spaces of this imaginary land in different ways.

In the Daylight Meandering, A Walk into Utopia – Colin Ventura, Southend, UK

“My section of map contained both sea and river, so I decided to incorporate both into the piece, imagining a walk from the sea to the river; to go from the cacophony and discord of a seagull’s screech to the beauty and melodiousness of a blackbird’s song.

Gathering the sounds together and entwining them with a new piano composition that hopefully echoes both the sound of the water and the calls of the birds.”

“The concept of utopia has fascinated me for a long time and plays a significant role in my current research: exploring the communicative and organisational potential of music and field-recordings in open public spaces in cultivating local civic culture and tackling global social and environmental crises.

My composition is based almost entirely of field-recordings I made in Valencia, Spain, earlier this year.

This city has become somewhat of a personal utopia for me for a variety of reasons including the hot climate and abundance of open public space – particularly Les Jardins del Turia, the beautiful gardens that lie where the river once flowed right through the city.

The annual July festival was taking place during my visit so as well as all the insects and birds I was surrounded by, I was also able to capture a variety of musical performances and audience interactions taking place in the plazas and open spaces of the old town centre.”