Here at Cities and Memory, we’re all about bringing together the worlds of field recording and sound design/music to create a new way of listening to the world. But of course there are many hundreds of albums out there that combine or use field recordings in a musical way – or that are simply stunning collections in their own right.

Here’s a selection of our favourites – let us know yours in the comments.

This extraordinary album is the soundtrack to artist Wolfgang Buttress’ installation at the 2015 Expo in Milan, and is effectively created by the sounds of 40,000 bees. Musicians improvised in the key of D (the key of a beehive’s drone) to create a constantly evolving symphony that represents a dialogue between man and nature – this album captures some of the highlights from the installation, which is currently in place at Kew Gardens in London.

A quite beautiful collection of natural soundscapes from Polish forests, recorded at the height of summer – from clarion-call birdsong to insect chirping. Full-sounding and varied, it’s a real headphone listening experience.

Stuart Hyatt from Indianopolis has created a series of collaborative albums based around his field recordings under the banner of the Field Works collective, featuring such luminaries as Eluvium and Rafael Anton Irisarri. None is more affecting than The Fair State, a sonic meditation on the state of Indiana on its 200th birthday, in which piano, strings and electronics circle around hundreds of interwoven recordings of livestock, machinery, salespeople, politicians and so on at the State Fair.

An album telling the story of a small fishing village in Ireland through sound: by focusing down tightly on the water, waves, wind and natural sounds of this crystal-clear soundscape it tells a story and takes you on a journey over its half-hour running time. 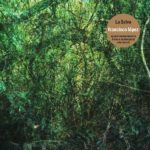 Ever wanted to experience life in a rainforest? La Selva is the album for you – a beautiful collage of recordings from the rainy season at La Selva Biological Station in Costa Rica. Thunder and torrential rain recorded in such lush quality that you’ll be checking your speakers for water damage. Listen to La Selva here.

Matmos have made a musical career out of their brilliant, forensically-detailed examinations of sound as source material, so with them it’s a case of picking out one example. Ultimate Care II makes the cut through sheer invention – an entire album (right down to the artwork) built from samples of their old washing machine. But far from being a dry yet ultimately unlistenable sound art experiment, the music is top quality regardless of the source material. From unprocessed wash cycle and splashing rinse sounds through to sections of heavily-processed ambient recordings, this album is certainly worth a spin (sorry).

An exploration of The Fens near Cambridge through processed field recordings and layered guitars, courtesy of Slowdive’s Simon Scott. It moves from subaquatic hydrophone-manipulated ambience to bucolic guitar lines interspersed with shimmering nature recordings – a quite lovely listen.

One from the 12K stable, which features a lot of quality field recording-related music. This one’s cold. Out in the middle of a reservation in New York State in winter, this duo collaborated on an album, spending their days walking and recording, and their evenings writing the music to fit, and to capture the feeling of warmth coming through the bitterness of winter.

This exploration of the River Lea in England has a serious purpose – to draw from both art and science to explore the issue of pollution in the area. A year of field recording, note-taking and photography provided the source material and the inspiration, and synths, guitars, piano and organs did the rest, with the end result something like if Hood or July Skies decided to get into field recording. Even better, you can now read all about the project and download the album for free.

Where field recording collections are concerned, of course there has to be an entry by Chris Watson, and in truth there could have been several. Watson’s albums do so much more than collect amazing recordings from places you or I are unlikely to hear – it blends them so skilfully as to tell a story and create drama and tension from recordings alone. El Tren Fantasma is a beauty, described as “an acoustic journey across the heart of Mexico from Pacific to Atlantic coast using archive recordings to recreate a rail passenger service which no longer exists.”

Jana has been doing important field recording work in all manner of exotic – and frequently hostile – environments for many years, focusing on the unheard or inaudible sounds of the natural world to help us better understand and appreciate the fragility of natural marine environments. Energy Field takes us into glaciers, beneath fjords and out into the open waters of the Barents Sea (north of Norway and Russia). It’s a stunningly evocative collection guaranteed to make you shiver from the cold just by listening.

A simple enough concept – can you make an album using only the sounds of the eight top-selling items in the supermarket Tesco? Matthew Herbert, under his Wishmountain pseudonym, thinks you can and presents this collection offering a light critique of consumerism, but mostly moments of “how did he do that?” as you wonder how a fat bassline can emerge using just a packet of crisps as source material.

Cities and Memory – Sounds of the Year series

We complete our collection with a plug for our own annual series – each year we collect some of the best reimagined sounds that have been submitted to the global Cities and Memory sound map and release them as a free album. Each collection features around a dozen different countries recomposed in any number of different ways by our contributor. The 2016 edition features Helsinki, Phnom Penh, Amsterdam, Padova and many others.