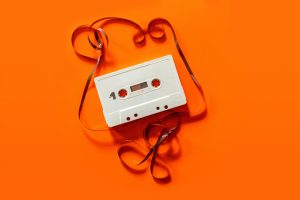 The time has come for our latest call for artists – we’re looking for participants in our new project Obsolete Sounds, reimagining and remixing the obsolete and disappearing sounds of the world!

Obsolete Sounds is the world’s biggest collection of disappearing sounds and sounds that have become extinct – remixed and reimagined to create a brand new form of listening.

Would you like to reimagine an obsolete sound? Send us an email to take part in the project.

From buzzing modems and the whir of old VHS and cassette tapes to the changing soundscapes of our urban and natural world, the project documents the sounds we’ve already lost – and those that we’re in danger of losing.

By focusing on these sounds we want to draw attention to the world’s disappearing soundscapes, and what we can do to preserve and save them.

And now each sound in the project will be recomposed and reimagined by artists like you, to reflect on how the sounds of our world are changing and being lost every day – bringing a new perspective to how we listen to and cherish these sounds.

We have more than 150 obsolete and disappearing sounds to choose from, including:

The project deadline is 29 July, and applications to take part are open for the next two weeks.