It’s a new month, so time for a roundup of the ten best field recordings and remixes from the month of May. It’s been an amazing month for contributions, with recordings from as far afield as Kenya and all over the USA – so here are seven sounds from Cities and Memory contributors, backed up with three of our own. Dive in and have a listen!

Sounds submitted from around the world:

– Thruxton, England – The roar of high-performing engines (by Tim Waterfield)

– Oxford, England – The beating heart of Oxford (by Laurence Colbert)

– Chicago, USA – On the loop train in Chicago (by Lee Barry)

And a few of our own sounds:

– Southwark Cathedral, London – Epic sounds from inside a cathedral

– Cumnor, England – Can one place be two sonic environments at the same time? 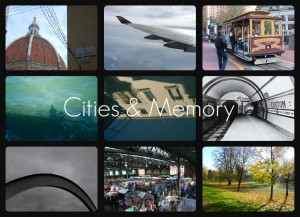