It’s been another huge year for the Cities and Memory project, with our global sound map hitting 110 countries and territories, and international projects launched covering shortwave radio, urban well-being and disappearing sounds.

Here’s how our 2022 panned out – and a massive THANK YOU to every single artist who took part this year, and to everyone who took the time to listen to our sounds. 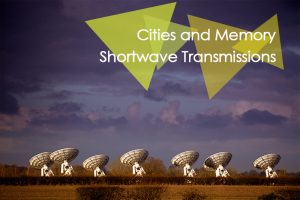 The year kicked off with our Shortwave Transmissions project, in which we teamed up with the Shortwave Radio Archive to remix and reimagine vital moments in world history as well as the thrill of pirate radio, clandestine radio stations, secretive number stations, military and spy radio.

The project brought together some fascinating perspectives on the history of radio and the portrayal of historical events through sound – you can listen to some of the highlights in the accompanying album below.

Spring also saw the release of the first ever Cities and Memory track featuring vocals – our collaboration with the talented Elska (a contributor to our Inferno project) was a reimagined composition of waves breaking on a beach on the island of Elba.

Throughout the summer we were running callouts for projects, with calls for artists to take part in Obsolete Sounds, Polar Sounds and Well-Being Cities, so there was a lot going on behind the scenes.

Amongst all that, we found the time to travel to Coimbra, Portugal to take part in the Dar A Ouvir festival of sound with a panel discussion, installation and a Cities and Memory live performance in a stunning converted monastery venue, an excerpt from which you can see here.

We also travelled to Manchester to present our Inferno film soundtrack at a special screening in the magnificent John Rylands research institute and library – the perfect venue to explore the depths of Dante’s Hell.

Alongside that, we presented the Inferno Sound Trail installation, in which pieces from the project could be heard in locations all over the library over the course of a month.

The last big news for the summer was the Cities and Memory rebrand – a big development and our first major overhaul of the way the project looks and feels, with a brand new logo and style.

Our new logo is based on a section of street map layout from Venice, at the precise point at which our first field recording from the city was made and added to the global sound map back in 2015.

The main brand colour echoes the traditional Venetian red to strengthen the connection between the project and Venice as its spiritual home, and as a city that sounds uniquely like no other.

Elsewhere, sections and elements from the logo are broken apart and rearranged as a nod to the project’s core concept of remixing the world, one sound at a time. 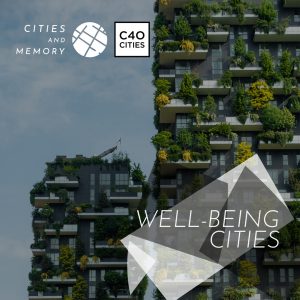 What we sowed over the summer, we harvested in autumn with not one but two major project launches. The first, Well-Being Cities, was a commission from C40 Cities to be presented at the C40 Summit, a global gathering of the world’s mayors in Buenos Aires.

The project was a unique collaboration in artists were asked which to develop brand new compositions from 36 countries on the theme of sustainability, equity and well-being in cities.

At the heart of the project was a 21-minute compositions built from these contributions, called Well-Being Cities – watch it below: 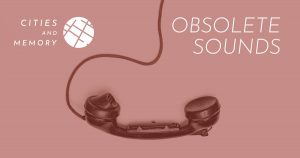 The second project release in autumn was Obsolete Sounds, the world’s largest collection of disappearing and extinct sounds from all over the world.

Together we aimed to draw attention to the world’s disappearing soundscapes, to highlight those sounds that are worth preserving because they form part of our collective cultural heritage – and to help us think about how to save those sounds before it’s too late.

This release saw extensive global media pickup, including an interview on BBC Radio 4’s World At One, The Verge and AFP News.

Winter is only just arriving as we write this, but there’s already been some exciting news, with the British Library confirming that they will archive every sound that comes from the Cities and Memory project, as part of their permanent digital archive.

You can search for all Cities and Memory sounds (and by the name of artist or field recordist) at this link to view the full collection at the British Library.

This is huge news for the project, and for every artist and sound recordist that takes part, and definitely something worth celebrating!

We also ran our annual Autumn Project callout for artists to join our mission to remix the world, one sound at a time by tackling some of the fascinating recordings in our ongoing sound database. 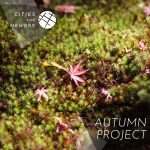 More than 100 artists responded, and there are some incredible pieces scattered all across the world on our global sound map – and you can also explore them by subscribing to our podcast.

Winter also saw us build up a new community on Discord, where we bring together anyone interested in music-making, field recording or sound art to chat and collaborate – please do come and join us over here if you’re a Discord user.

Finally, our year would never be complete without the latest addition to our Sounds of the Year album series, which collects together some of the highlights from the project at the end of every year.